Originally from County Durham, Ron Bone studied at the prestigious Bath Academy of Art at Corsham Court from 1966-72. He then trained at the Royal College of Art in London, leaving in 1976 with a Master of Arts degree, returning to live and paint in Bath in 1982, until his untimely death aged 60 in February 2011.In his lifetime Bone painted and sold over 600 pictures, which can now be found in private collections worldwide.

In his paintings Bone looked back over his shoulder at a slower and quieter world of past years, recreating an exquisitely detailed view of life where 'houses have settled into landscapes and possessions are handed down from generation to generation'

A Catalogue Raisonné is being prepared which will cover the entire output of the artist throughout his career. 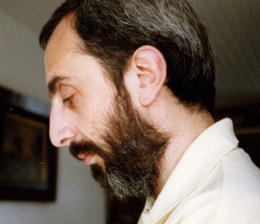